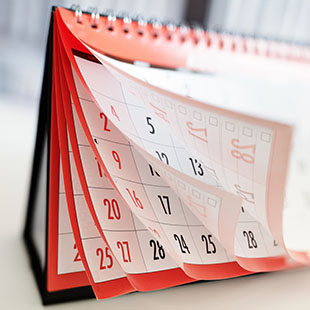 We have all heard this before, “You just have to get into the habit of doing it.” And that’s sometimes the advice and solution that owners and managers give to their team when discussing how to correctly work a service, maintenance, or sales call to increase average tickets and close rates. Well, that may be easier said than done, and just saying it doesn’t make it happen. We all have habits, some good, and some bad. From our personal morning and daily to-dos, to things we go through at work every day. We all have dozens of habits that get us through our daily routine. Some are bad, like smoking, and some are great, like regular visits to a gym and exercise.

Workwise, some are bad as well, like just going through the motions on a call to get it over with. And others are good, like working the call with enthusiasm and sharing equipment problems, solutions and accessory benefits with a homeowner on every call. Since we realize that our habits can be useful or detrimental behaviors, we often strive to correct the bad and improve the good.

Let’s take a deeper look at habit forming for a better understanding of where you may be in your company culture when it comes to promoting great habits.

Our phones have apps now that count calories, steps, and many other functions designed to help us form habits. These apps can be very useful if used regularly, and over time will form better habits. The question then becomes, how much time does it take?

There have been many scientific studies on the amount of time that it takes to form a habit. In Maxwell Maltz’s 1960 book titled Psych-Cybernetics, as a plastic surgeon he noticed that it took approximately 21 days for his patients to get used to their new facial look. So, many of these apps and other forms of creating new habits, or breaking old ones, base their time span on this 21-day assumption.

Yet, in 2009, researchers from University College London studied the new habits of 96 people over a 12-week period and found that it takes an average of 66 days for a new habit to stick. The timespans in this study varied from 18 to 254 days.

Psychology professor Susan Krauss Whitbourne says that sometimes a habit can be broken quickly: “In extreme cases, the habit can be broken instantly, such as if you happen to become violently ill when you inhale cigarette smoke or nearly get hit by a bus when texting and walking. But in most cases it's going to take longer than that, and you should probably allow for at least two months.”

When examining several of these types of studies on the subject, many researchers throw out the low and high timespan numbers and we end up with an average of 90 days. The takeaway here is that, to develop a new behavior, it will take nearly three months of constantly repeating the desired habit daily to get a positive result. As you stick with it beyond the 90 days, you'll end up with a habit that you will keep without thinking about it.

This goes the same for breaking unwanted bad habits. As psychologist Timothy Pychyl explains, these are two sides of the same coin: "Breaking a habit really means establishing a new habit, a new prepotent response. The old habit or pattern of responding is still there (a pattern of neuron responses in the brain), but it is less dominant (less potent)."

Neuroscientist Elliot Berkman reports that "it's much easier to start doing something new than to stop doing something habitual without a replacement behavior… That's one reason why smoking cessation aids such as nicotine gum or inhalers tend to be more effective than the nicotine patch" -- replacing one habit with another. Berkman also says, "People who want to kick their habit for reasons that are aligned with their personal values will change their behavior faster than people who are doing it for external reasons such as pressure from others."

Experts agree that other factors fall into play for breaking habits or creating new ones, and the right recipe is going to be a mix of personality, motivation, circumstances, and the habit in question.

You can see how all of this can apply to our personal lives, yet let’s address how we can apply this information when trying to mentor and motivate our team members.

To successfully break a habit, you need to think of your strongest motivation and goals, which will drive you along. Always think of replacing a bad behavior with a positive one -- just trying to stop a bad habit without a replacement is much more difficult to accomplish -- and be patient with your team: The longer they’ve had a habit, the longer it will take to get rid of it.

Neuroscientist Elliot Berkman explains that "longtime habits are literally entrenched at the neural level, so they are powerful determinants of behavior. The good news is that people are nearly always capable of doing something else when they're made aware of the habit and are sufficiently motivated to change."

As a closing note I would encourage you to share this quote from Margaret Thatcher with your team. It says it all.

Since 1982 Dynamic Air Quality Solutions has been the leader in engineering, manufacturing and marketing scientifically designed IAQ products for both the commercial and residential markets. Supported by 18 territory IAQ Training Representatives and 6 Engineers, Dynamic specializes in consulting with HVAC organizations and contractors to train their technicians, sales people and engineers on the technical aspects of IAQ products, as well as how to communicate this technical information in layman’s terms on EVERY call. This expert training and support guarantees the contractors success and growth in the IAQ markets.