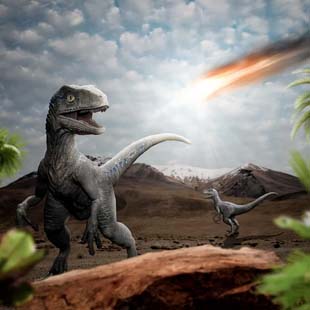 I once read that “If you think change is hard, you should try extinction.”

In many ways this characterizes the changes going on with homeowners and the changes residential contractors need to make to effectively sell to them.

Homeowners are more educated than ever because of the internet. Ten or fifteen years ago, homeowners turned to us to learn about buying a new HVAC system. Now they have that information before we show up, and in many cases they know as much about the equipment as the comfort advisor - or at least they think they do. In almost every case, the information they have (particularly about pricing) is incomplete if not outright wrong.

Nevertheless, the dynamic has changed - homeowners are armed with information (and misinformation) and are more sophisticated than ever. The selling strategy that worked for residential contractors in the past is not what is going to work in the future. We have the choice to recognize this reality, make some changes and succeed or ignore the trends and suffer the consequences as our competition takes market share.

The choice is ours.

Over the past ten years in my consulting practice, I have seen “first call” closing rates decline and “rehash rates” improve. In other words, fewer homeowners are making the decision on the first call, and more sales are being made through effective follow-up with homeowners by the most successful contractors.

In many cases, the most successful companies are staffing entire “rehash” departments to follow up on lost leads. The results are hundreds of thousands of dollars in sales through an effective rehash program.

A recent study by ServiceTitan revealed a shocking statistic - half of all sales people NEVER follow up after the initial call. Think about that. As homeowners are making fewer decisions on the initial call, half of comfort advisors are not following up AT ALL. This is great news for the half that is following up, but it does not bode well for contractors selling the way they were fifteen years ago.

Think about it. The average comfort advisor runs five hundred leads per year and closes 40% of those. That’s 200 installs. Not bad.

Here is the worst part. You already PAID for the three hundred leads your comfort advisor lost. In fact, those three hundred leads probably cost you about $100,000. Why not implement a rehash process that recovers some of those lost deals? Even if you only recovered 10% of the lost deals, that’s thirty new systems at $10,000 each. That’s $300,000! Even at only a 40% margin you at least recovered the cost of the leads.

Why WOULDN’T you do that?

To measure the rehash activity in my company, I began measuring sales performance differently. Instead of just measuring a singular “close rate” we now measure “First Call Close Rate” and “Rehash Rate”.

The combination of these two KPI’s reveals our total close rate, but it gives us a clear measure of how many deals we are recovering. And because “what gets measured gets done,” it forces us to focus attention on our lost leads. That focus results in additional sales. Additional sales equal additional revenue.

The opportunity to recover revenue in lost leads has become an obsession of mine. It’s one of the first things I measure on new consulting projects. It’s low-hanging fruit and a very simple and inexpensive way of generating new sales and revenue. My obsession on recovering lost leads was my motivation to develop technology that automates the process. It’s the reason I am sounding the alarm.

The landscape in residential sales is changing. Your homeowners are more educated and sophisticated than ever. As result, they are making fewer buying decisions on the first call. It is up to us to adapt and change. The alternative is much worse.

Weldon Long is a successful entrepreneur, sales expert and author of the NY Times bestseller, The Power of Consistency – Prosperity Mindset Training for Sales and Business Professionals (Wiley). In 2003, he walked out of a homeless shelter and built an Inc. 5000 company generating cumulative sales of over $20,000,000 within just 60 months. In 2009, his company was selected as one of Inc. Magazines Fastest Growing Private Companies in America.

Today, Weldon Long is one of the nation's most powerful speakers and a driven motivator who teaches others the Sales and Prosperity Mindset philosophies that catapulted him from desperation and poverty to a life of wealth and prosperity. Weldon has been featured on numerous national and regional television programs, including Fox News Network, First Business Network and Chicago's own WGN.